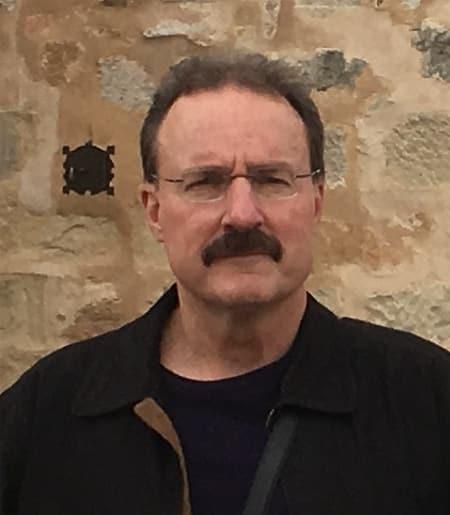 I work at the interface between the nonlinear analysis of PDE and the mechanics of elastic structures and materials.  Although not as well-known or popular as mathematical fluid mechanics, nonlinear finite-deformation elasticity is the central model of continuum solid mechanics.  While the mathematical theory of linear(ized) elasticity is a classical, well-honed subject, properly formulated problems of the nonlinear theory lead to open mathematical questions.  For example, a systematic approach to the construction of weak solutions is still not known to this day.

The two main goals of my work are to establish rigorous existence results and to uncover new phenomena.  Along with my co-workers and students, we develop and employ topological-degree-theoretic methods, direct methods of the calculus of variations, and global symmetry-breaking bifurcation theory to establish existence theorems.  Examples illustrating the latter goal include things like wrinkling behavior in thin sheets and icosahedral pattern formation in 2-phase lipid bilayer structures. The work involves a symbiotic interplay between three key ingredients:  careful mechanics-based modeling, mathematical analysis, and efficient computation.