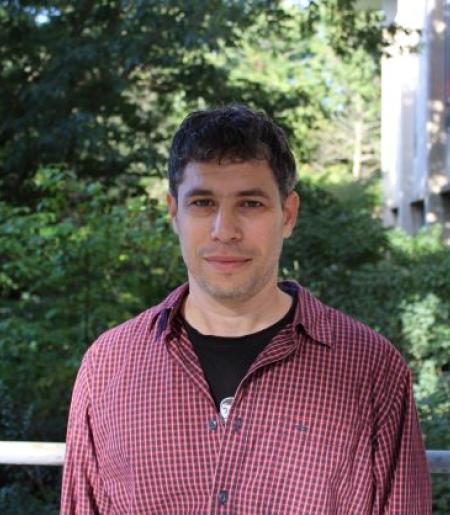 In recent years my research has been focused on relationships between probability and geometry of groups.

In the past two decades, there has been a very fruitful interaction between  probabilistic processes (such as random walk and percolation) and the algebraic and geometric properties of groups.  A central example is the new method of proofs of Gromov's theorem for polynomial growth groups via random walks and harmonic functions.  In other fronts, new light has been shed on percolation on groups, and this has given insight into new methods and notions.

Of special interest to me are spaces of unbounded harmonic functions.  Also, the notion of harmonic cocycles has been very fruitful in Ozawas approach to Gromov's theorem, and we have been pursuing this method in hopes of ultimately generalizing to larger growth groups, with Grigochuk's "gap conjecture" as a big motivation in the background.  This ties in with actions of groups on Hilbert spaces, and how these relate to different random walk measures.

The invariance of the Liouville property is also a major open question which motivates the different projects I am considering.  Recently we have been developing a notion of "stochastic nilpotence" of a group, which is a generalization of the usual notion of nilpotent groups using random walks and recurrence vs. transience properties.