Mathematician's career not always by the numbers

“Math is not a mechanical thing – it’s as creative as writing a novel or painting,” says Ravi Ramakrishna ’88.

The difference, he explains, is that math is a “vertical” subject. You can’t study trigonometry if there are gaps of any size in your knowledge of algebra. To succeed in the field requires an extensive background of knowledge.

Ramakrishna has been playing with numbers and math since he was five years old. He hadn’t thought of it as a possible career, though, because his father and all of his uncles were engineers.

“Coming from India in the 1930s, becoming an engineer was a way into the middle class,” he explains. “But when I was 17 I realized that if you liked science and math you didn’t have to become an engineer, and I decided then that I was going to try to be a mathematician. I might fail, but I was going to give it a shot.”

That shot has resulted in success: Ramakrishna is a professor of mathematics in Cornell’s College of Arts and Sciences and recently became chair of the department.

To avoid specialized language, pure mathematicians often explain their work by way of practical applications they don’t actually work on. In Ramakrishna’s case that’s cryptography. This is the mathematical process based on number theory that makes it safe for you to type in your credit card number when you’re buying something over the internet.

“Math has always been at the heart of encrypting and decrypting things,” says Ramakrishna. “Number theory it turns out is one of the most valuable tools in doing this kind of work” – which is why the National Security Agency is the biggest employer of mathematicians, he adds.

While most mathematicians work in parallel on a number of problems, Ramakrishna’s approach in graduate school was riskier. He found something that he felt was interesting and important – lifting theorem – but despite having no idea how to proceed he decided to do it.

“I knew I shouldn’t spend 100 percent of my time on it but I sort of got sucked in. But that was the fun part,” he says. It took him seven years to finish, which he calls partly “dumb luck” because it could easily have taken him 70 years.

Right now he’s working on a few projects – no more single-track mind – but he still doesn’t know if any particular one will work out. He likes it that way, comparing it to a mountain you’re not sure you can climb versus a pleasant walk on a Finger Lakes trail, which isn’t as much fun because you know you can complete it.

Once you have a proof, says Ramakrishna, you’ve solved the problem completely – if it’s done right. “So in that sense, math is always going forward. The new things are always true. In pure math, we really are certain of what we know and that’s really a distinction between math and other fields.”

The field of pure math has changed in the last 50 years, says Ramakrishna, becoming much more collaborative. In number theory – and really all of higher math –math subjects taught as separate topics in high school, like algebra and geometry, are united. Insights and tools from geometry, for example, help with algebra, and calculus ideas are used to help with algebra. “This cross-fertilization across the fields is the best thing, when ideas and insights and known results from one area transfer over and help you with addressing things in other areas,” he says.

Linda B. Glaser is a staff writer for the College of Arts and Sciences.

This article originally appeared in the Cornell Chronicle. 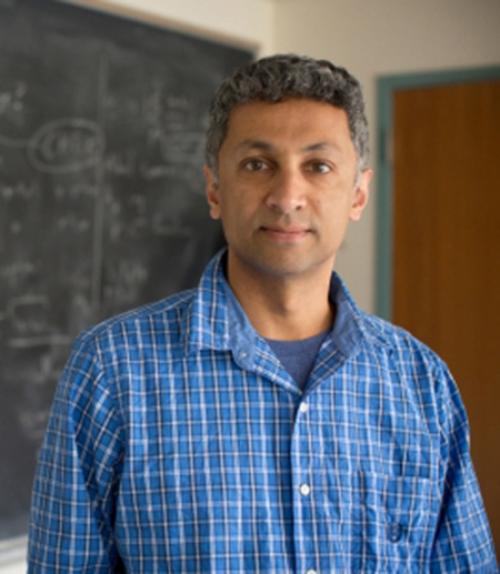