Theoretical physicist Richard Nally can’t show you exactly, but he does have a sculpture – a pink shape the size of a grapefruit – that can help you imagine a piece of one.

“It’s called a K3 surface,” said Nally, a Klarman Fellow in physics in the College of Arts and Sciences (A&S). “Of course, we can’t make sculptures of things that live in six dimensions, but you can take little slices of them to see what they look like. This is a slice of a four-dimensional shape that is really important to the history and practice of string theory.”

Nally will spend his three-year Klarman Postdoctoral Fellowship seeking to understand the mathematical structures at the root of gravity and quantum mechanics.

“Often we see advances in mathematics and physics go hand in hand,” said Liam McAllister, professor of physics (A&S), Nally’s faculty host. “For example, calculus in Newton’s time, and the geometry associated with fundamental forces in the mid-20th century. Richard focuses on number theory, a discipline that has been profoundly influential in pure mathematics, but has had hardly any connection to physics – so far. But there is amazing potential."

Some of the hardest problems in theoretical physics have pieces of number theory at their core, McAllister said, and by exposing these connections at the frontiers of physics and mathematics, progress can be made in both fields.

String theory solves quantum gravity, Nally said, but with a catch: it proposes a universe with 10 dimensions. So far, no one has shown that string theory is consistent with our four-dimensional universe. The higher-dimensional shapes such as his K3 surface are helpful in finding something like our world in the math of string theory.

Researchers have known about the shapes in string theory for decades, Nally said. But in the past few years, he and others have started to take the shapes seriously as number theoretic objects and to study them in that framework. Nally devoted much of his doctoral dissertation at Stanford University to the topic.

“We want to find a nice shape that lets us keep the solution to quantum gravity, while getting the features – such as an expanding universe and only having four dimensions – that we see in the world around us,” he said.

Nally is working with McAllister’s research group to take these shapes even further. In a current project, they are looking for a mathematical shape that will connect string theory with the positive cosmological constant, the fact that the rate of the universe’s expansion is accelerating.

“Nobody has produced a single compelling example of a solution to the equations that define string theory that have this accelerating feature,” Nally said. “The thing we’re working on is producing this example, this one beautiful shape in six dimensions that if you put it on the computer and solve the equation, it says that the [expansion of the] universe is accelerating.”

The team is making great strides, even in the past month, toward this endeavor, Nally said, but the results are far from guaranteed.

“We have a series of computer servers we’re using to assist us, and we are going to light them on fire looking for an example,” he said. “Frankly, I don’t know how long that will take. There are too many of these shapes to look at all of them, so you have to make guesses.”

Another project Nally is working on during his Klarman Fellowship connects the physics of string theory with arithmetic geometry. “There is a deep connection between string theory –the sorts of objects physicists in string theory have been studying for the last 20 years –and the field of math,” he said.

With the Klarman Fellowship, Nally said he has “complete freedom” to pursue these and other projects. The interactive culture of the College of Arts and Sciences, where researchers in physics and math are seeking closer ties, gives him many opportunities for collaboration.

“Everyone is invested and wants to learn and wants to genuinely understand what’s happening,” Nally said. “It’s great that I came into this setting; the two departments are already trying to connect.” 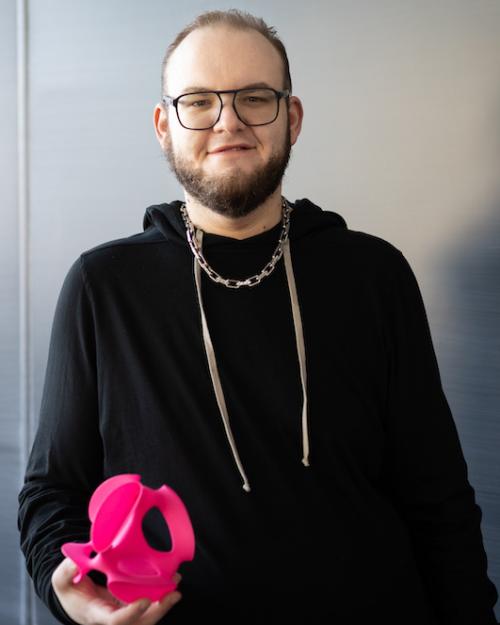 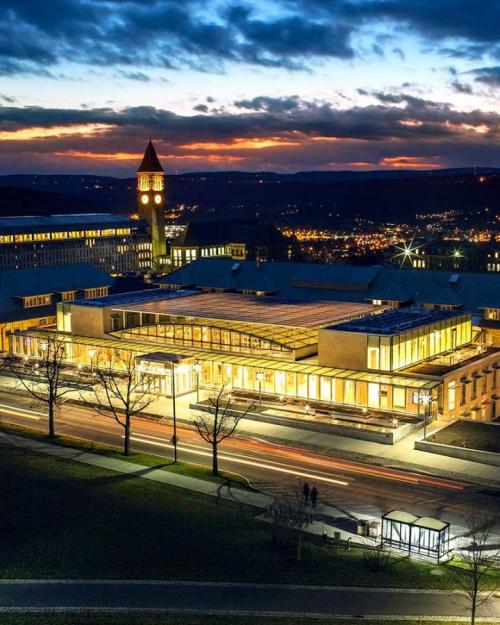